I was able to purchase some wonderfully pre-painted planes from Dave at I-94 Enterprises at the semi-recent Check Your 6! event in Dayton, known affectionately as OxleyCon.  Several weeks ago I attempted to attach magnets to my purchases and get them ready for the table, but my fingers are far too large to handle the tiny magnets that come with the Noble Minis flight stands, so after getting glue in places I shouldn't, I gave up.  Then I remembered seeing some sort of magnet tool on the Corsec Engineering site.  I immediately placed my order and after a couple of weeks of waiting I received this magnet tool in the post, got out my planes, and after a few mistakes in polarity and still getting a bit of glue on the fingers, I now have some toys ready for action.  The F-84s are Raiden, but I am unclear as to the Skyraider (I believe it is Scotia). 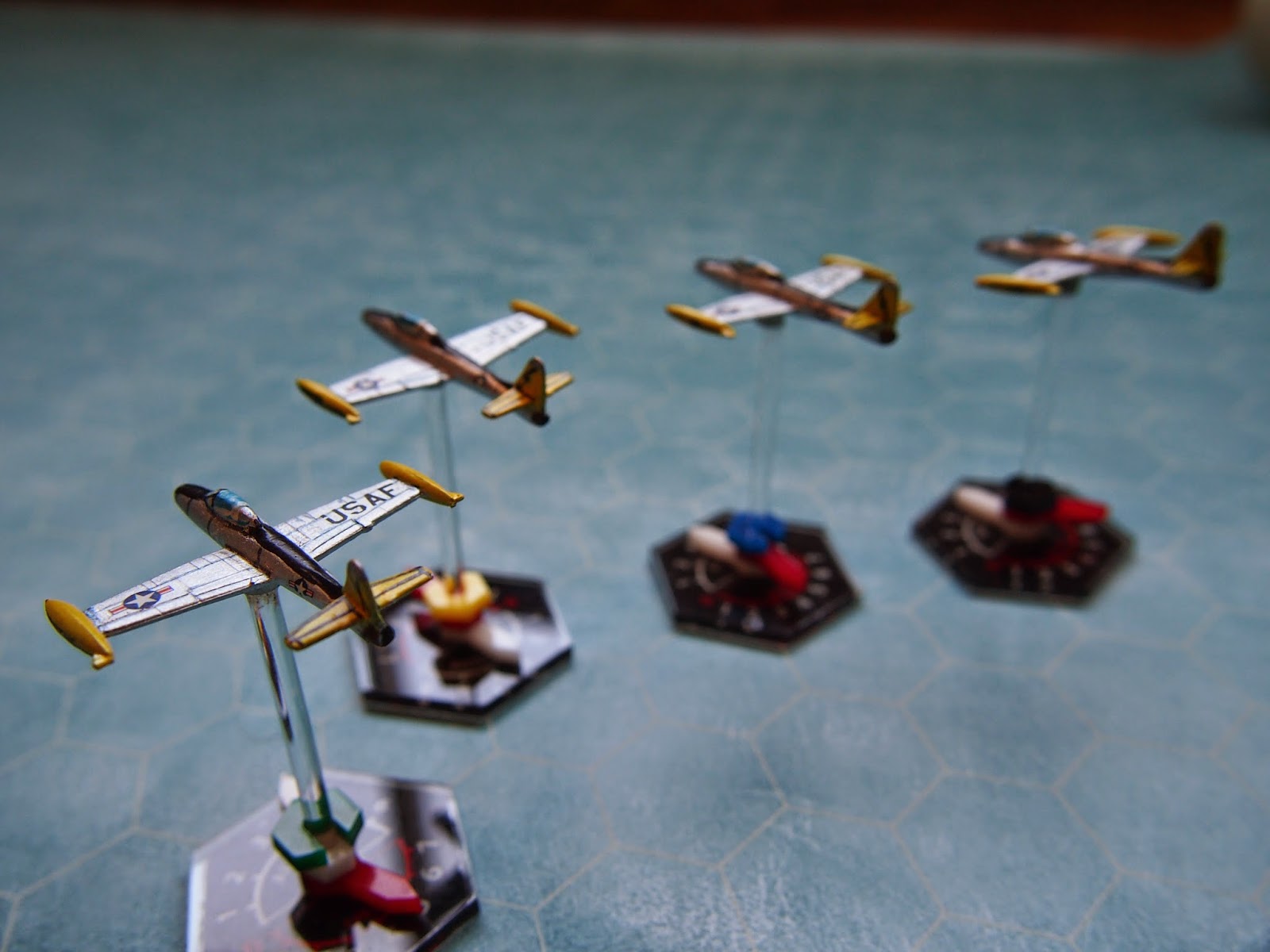 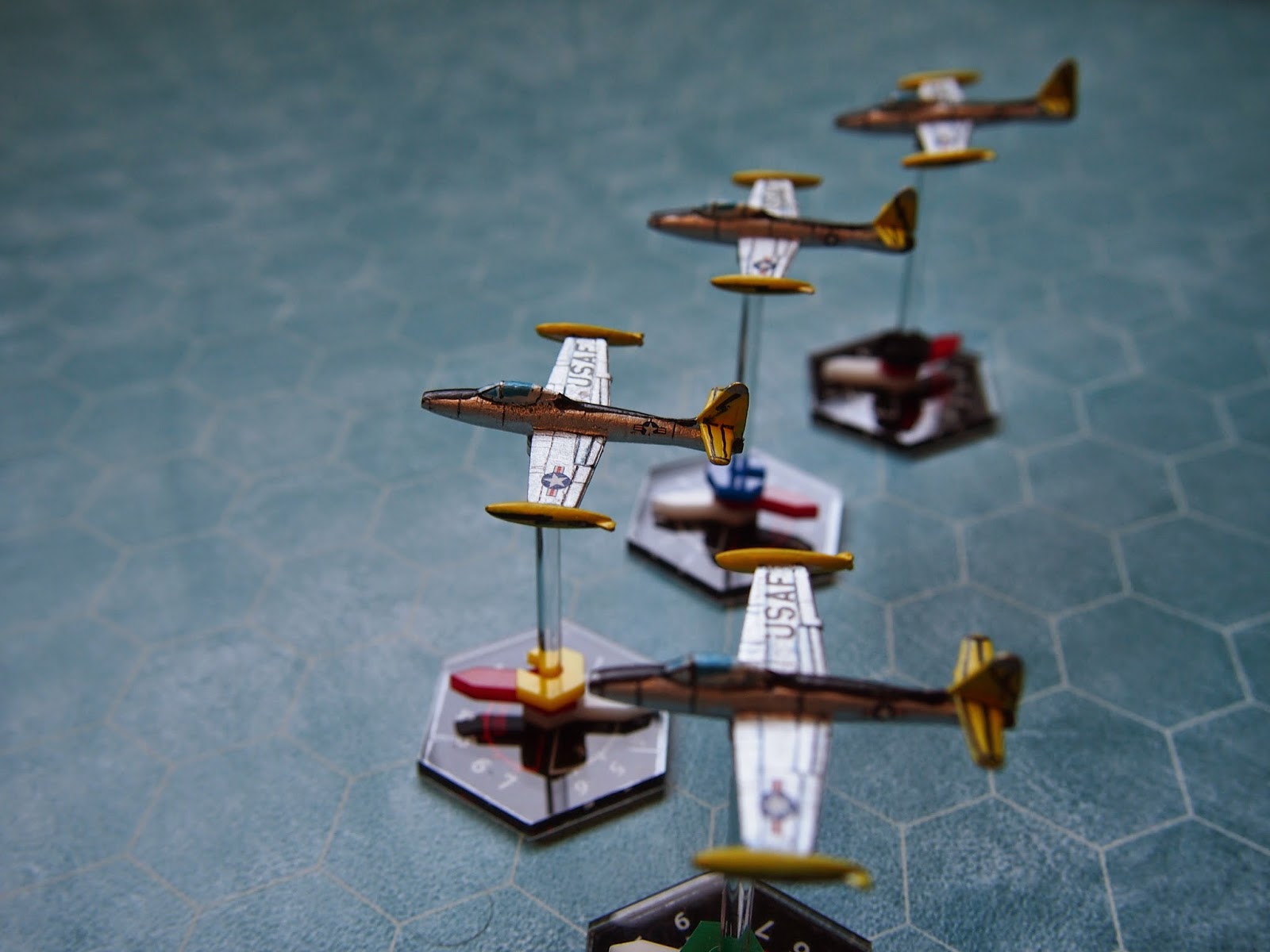 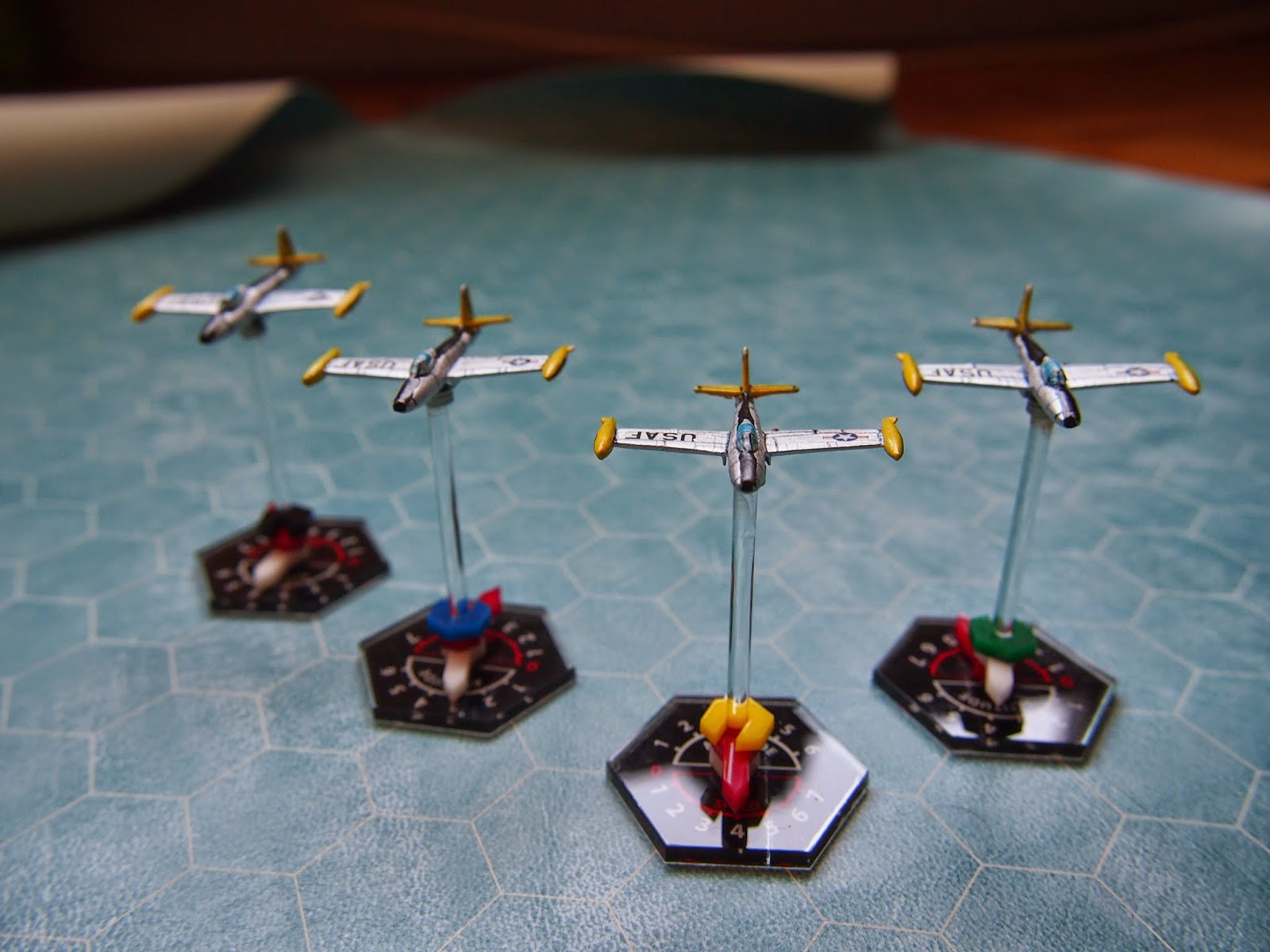 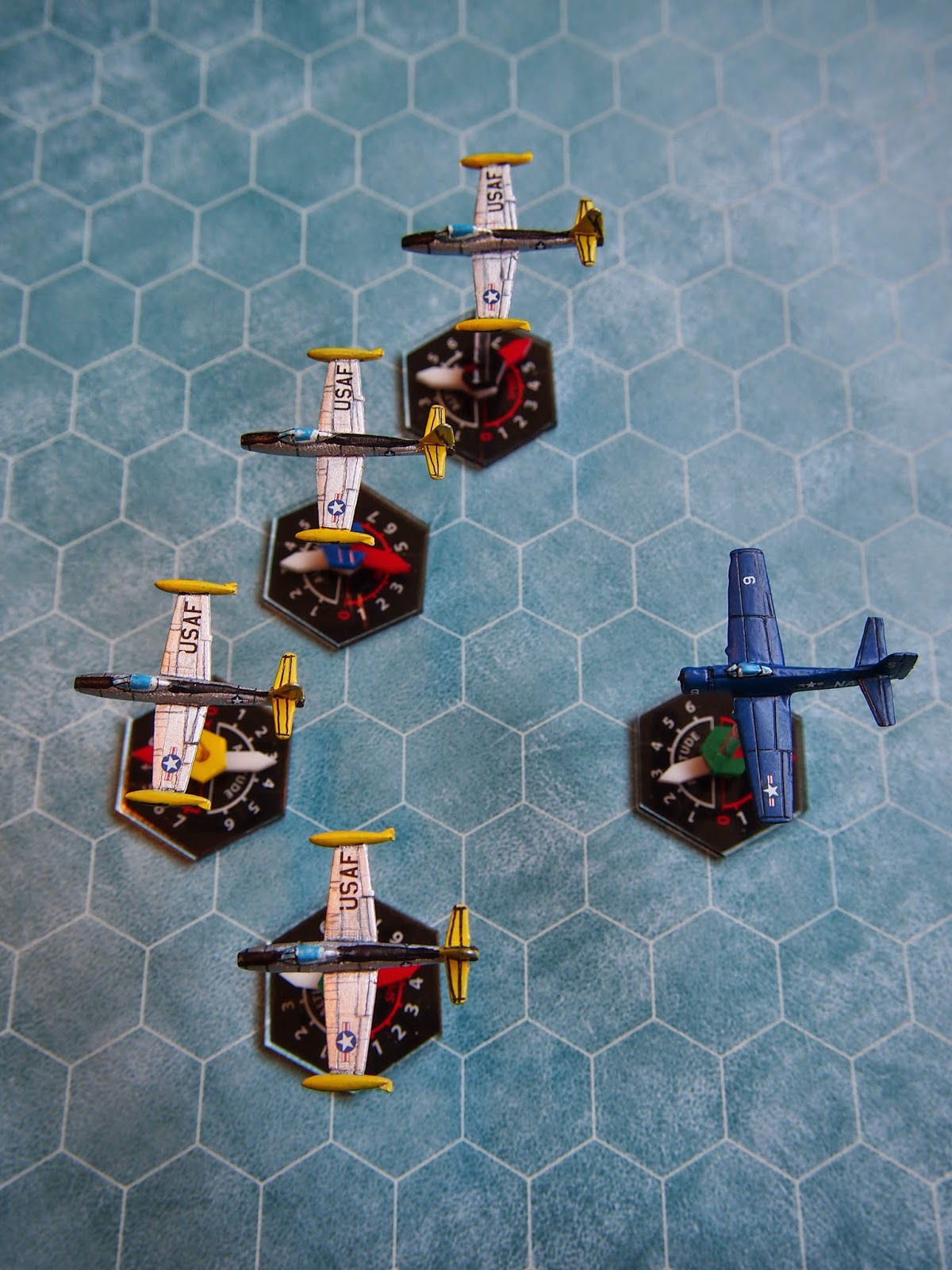 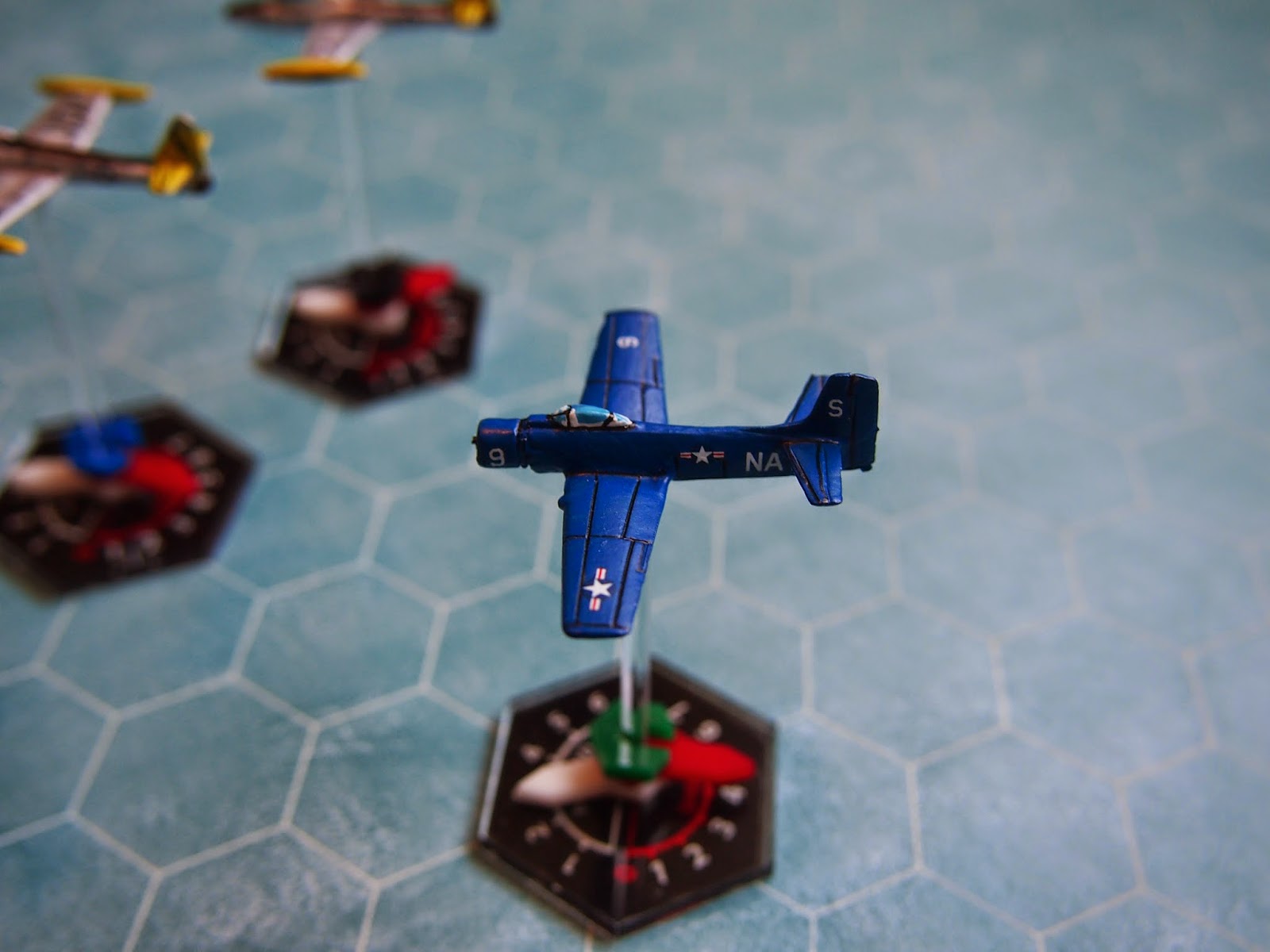 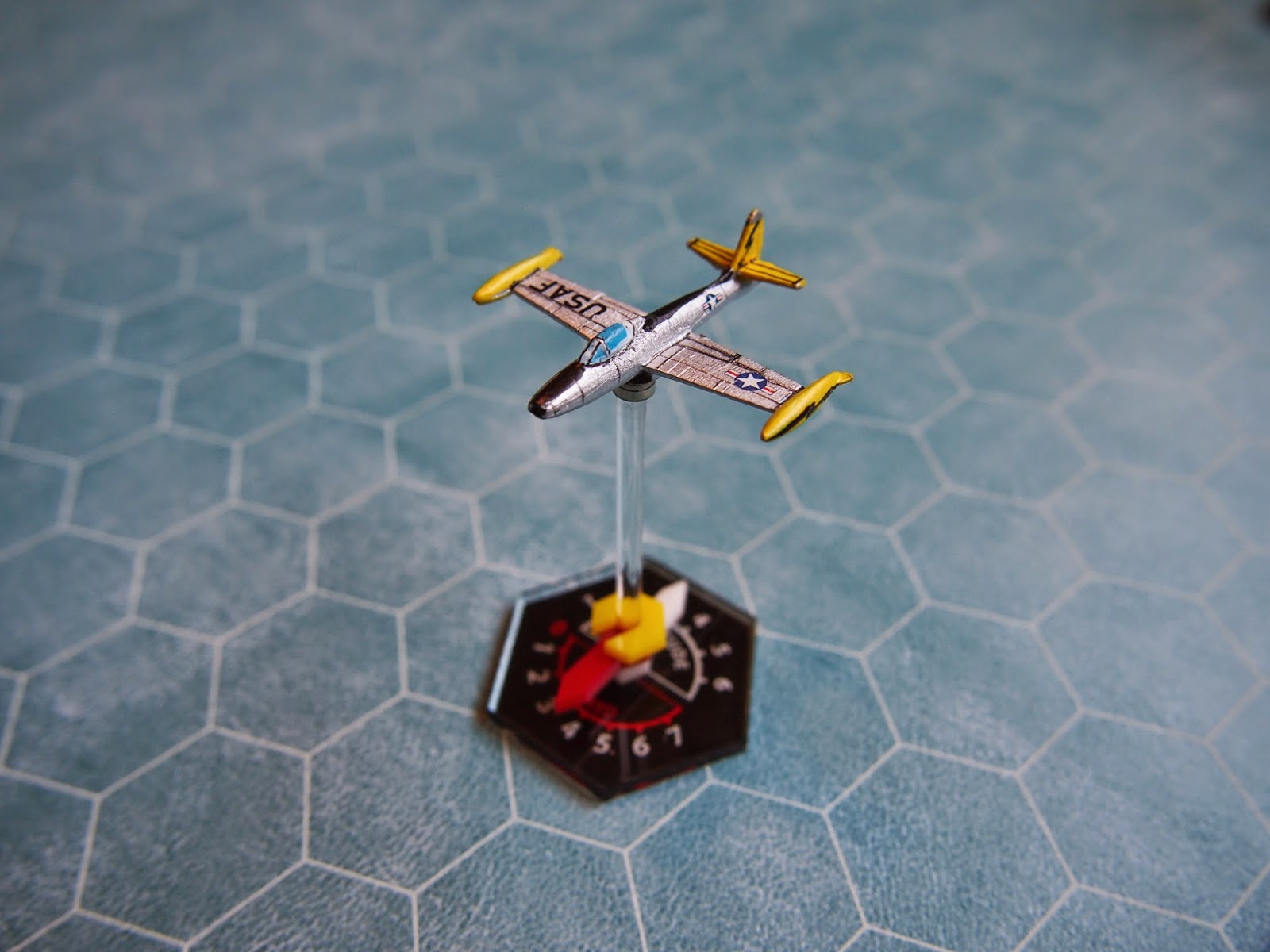 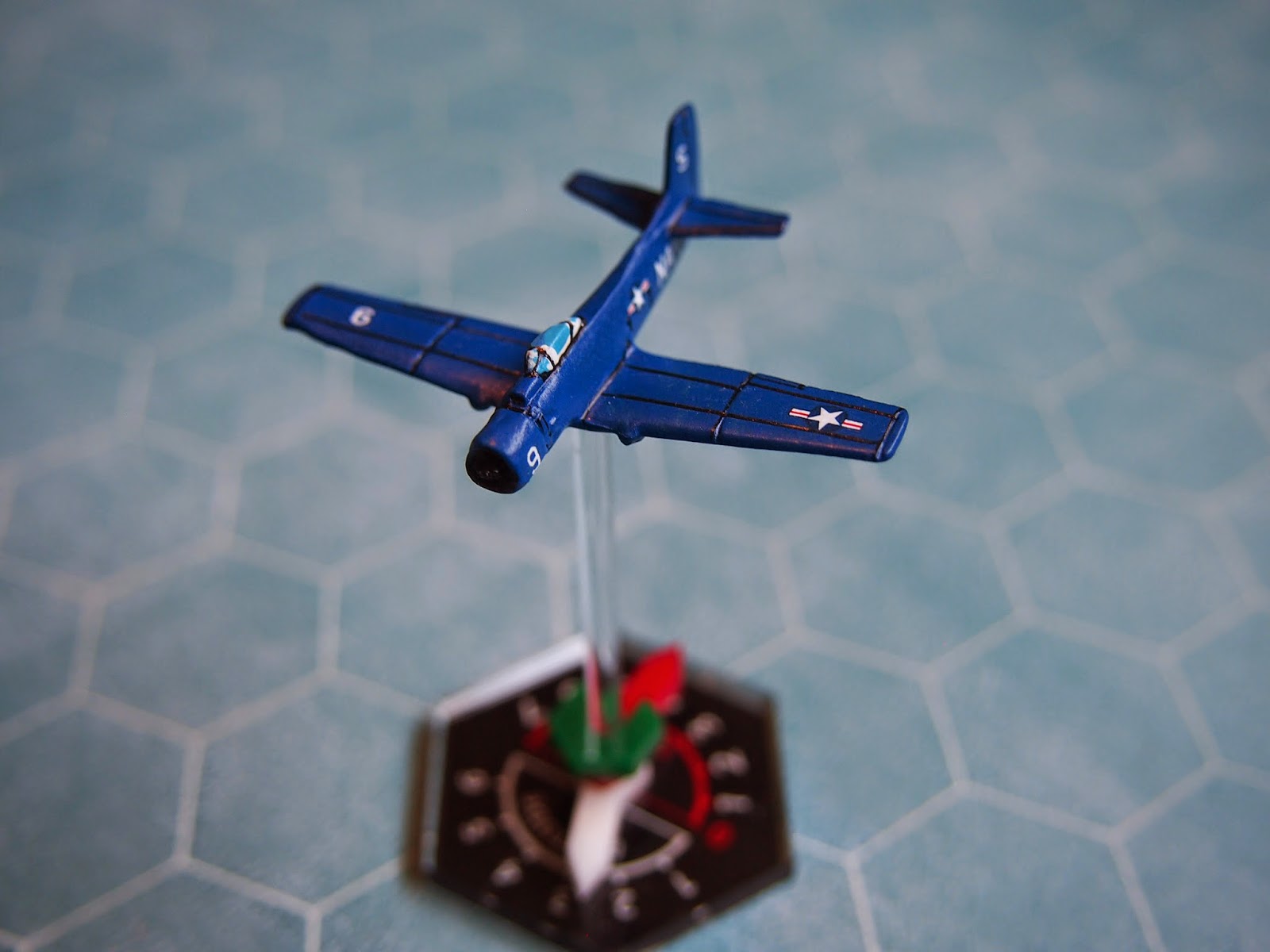 Email ThisBlogThis!Share to TwitterShare to FacebookShare to Pinterest
Mentioned in the Dispatches: Check Your 6!, F-84 Thunderjet, I-94 Enterprises, Noble Minis, Scotia Collectair