I was going through some old emails in an effort to do a bit of clean up, and came across some work in progress pictures sent to me by David Glenn, who built an Olympic Hotel, a mosque, and some shanties, along with a couple of extra pieces, in a trade for some unpainted 20mm figures I had.  I still think I came out the winner in the deal, as the buildings I received are not only visually impressive, but also great wargaming pieces with lift off roofs as well as removable floors.  I just wanted to get all of these pictures posted here on the blog as a placeholder, as well as something others might enjoy. 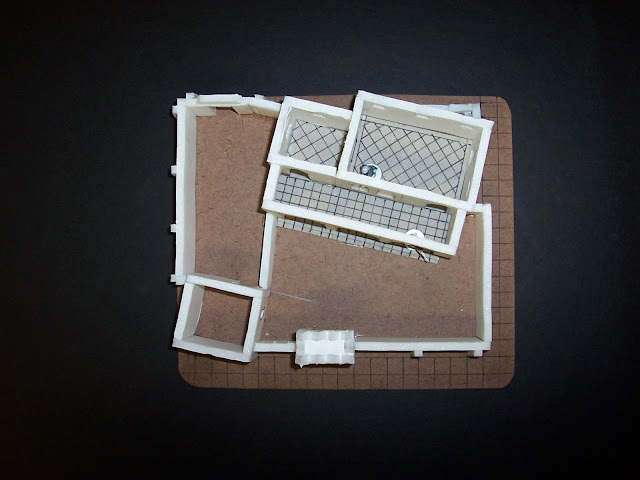 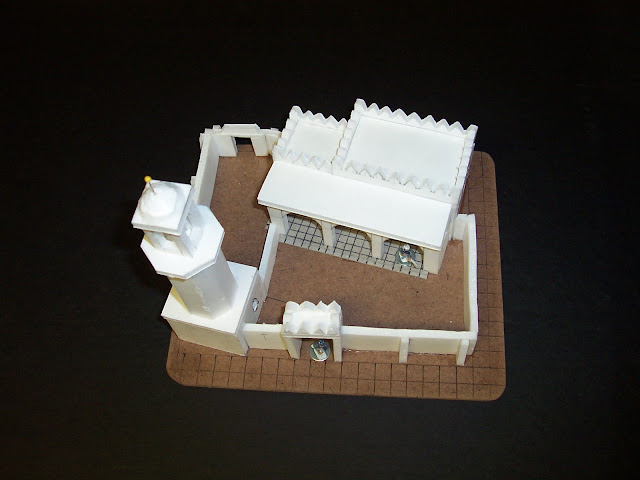 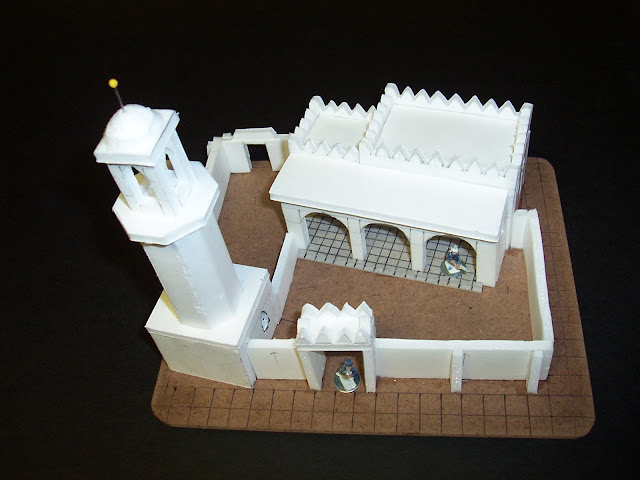 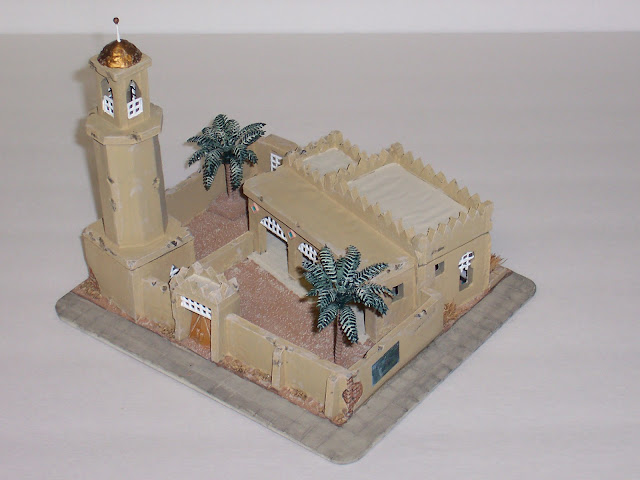 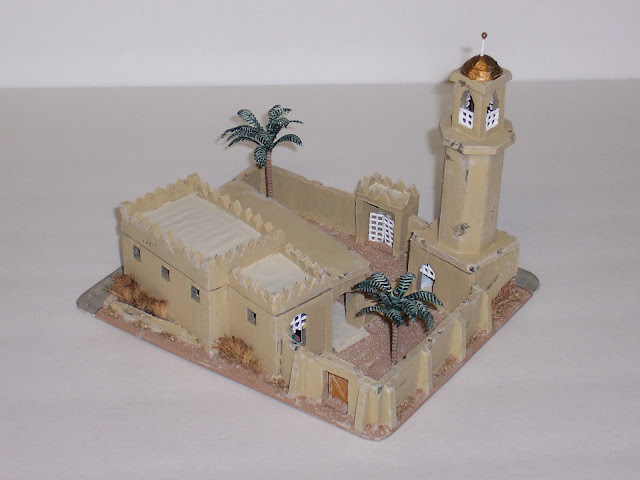 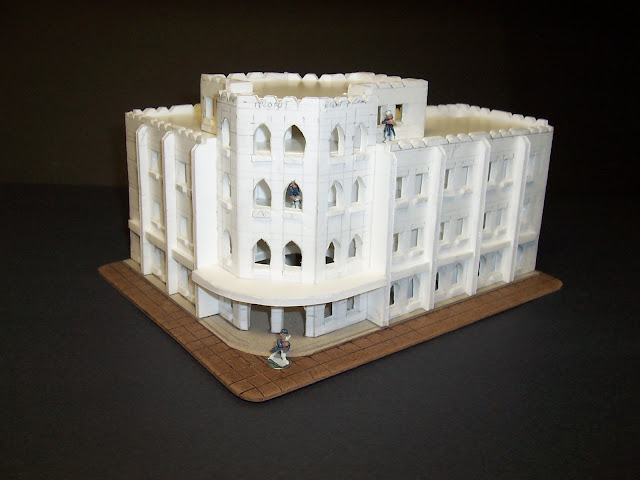 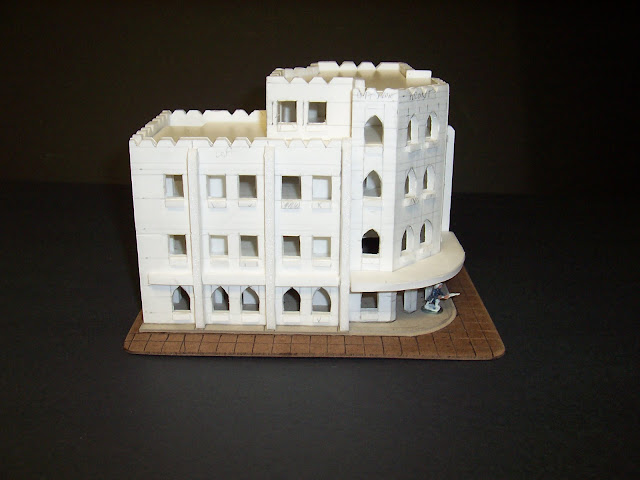 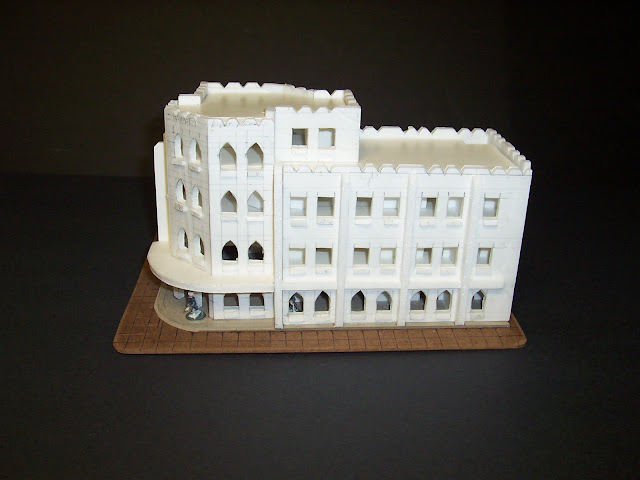 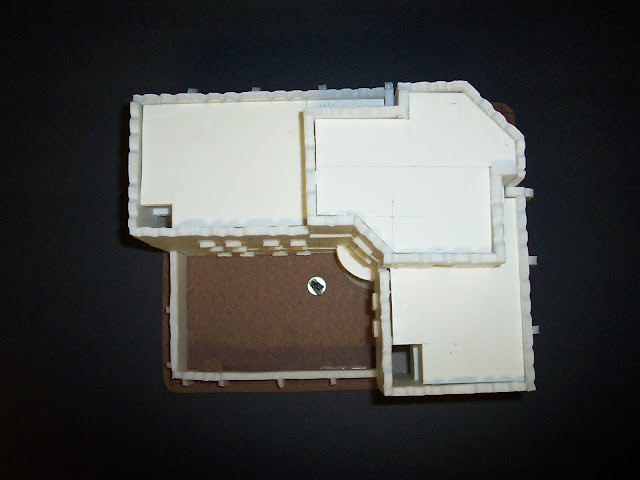 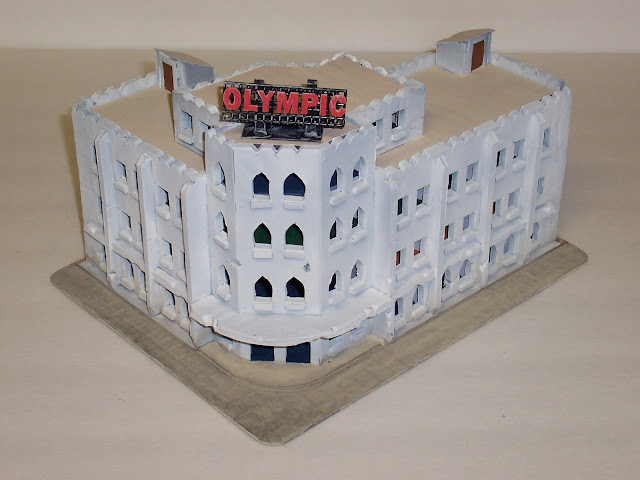 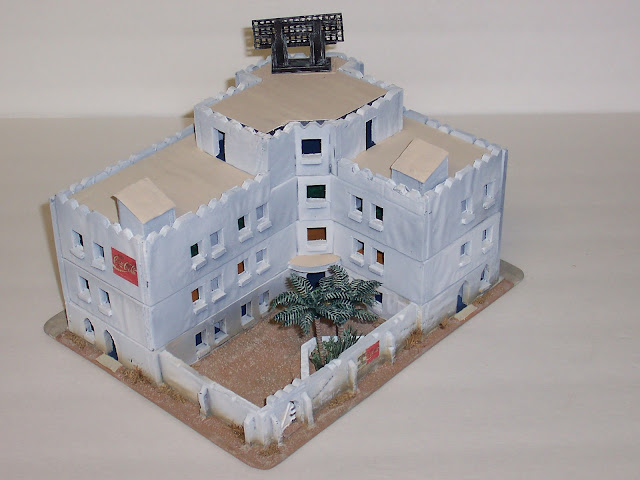 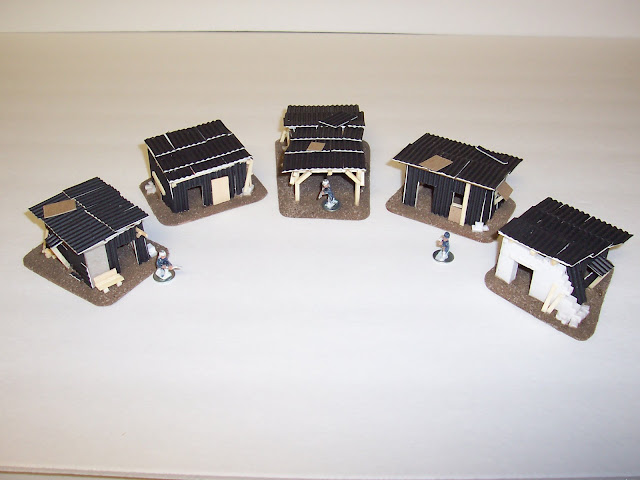 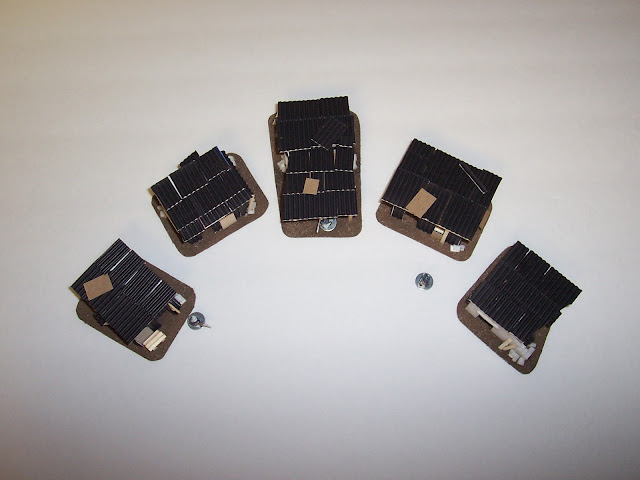 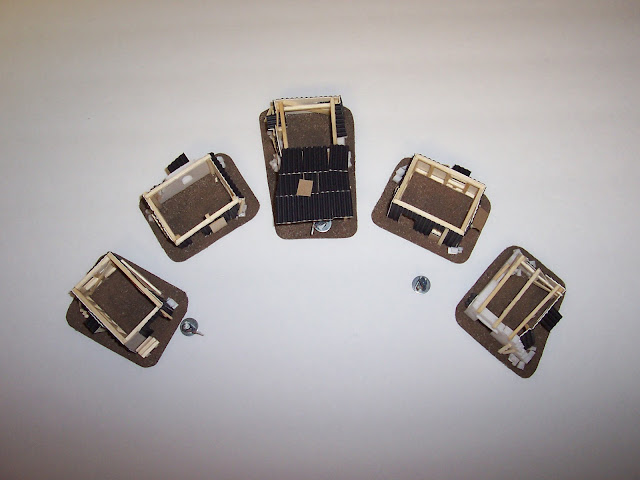 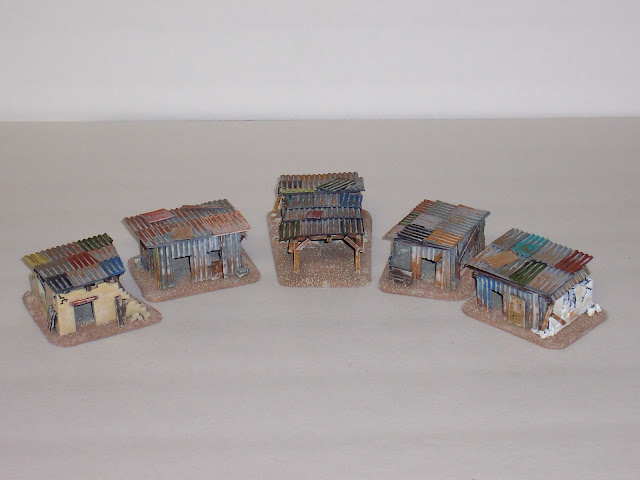 And lastly a couple of battlefield pieces: 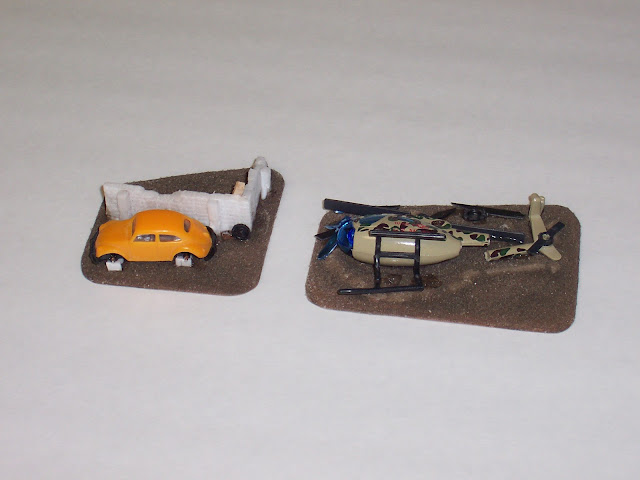 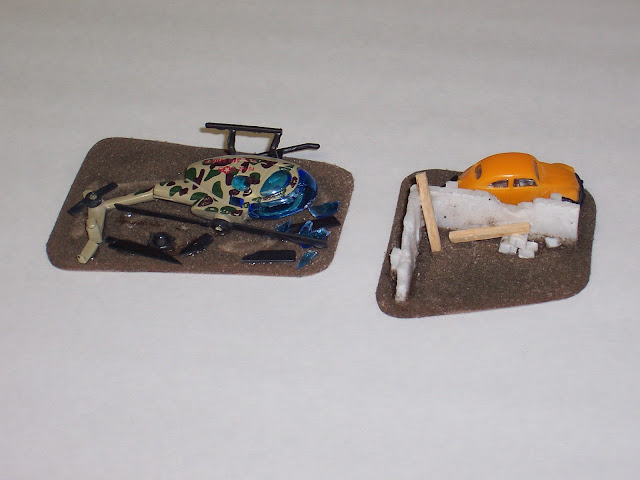 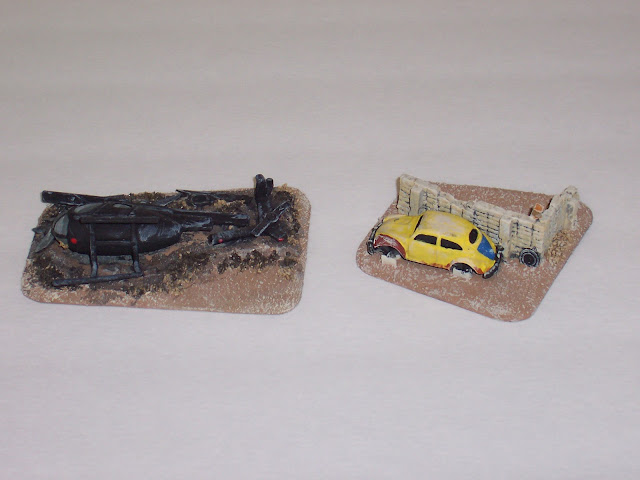 Email ThisBlogThis!Share to TwitterShare to FacebookShare to Pinterest
Mentioned in the Dispatches: David Glenn, Mogadishu