Chosin - A Bit of a Movie Review 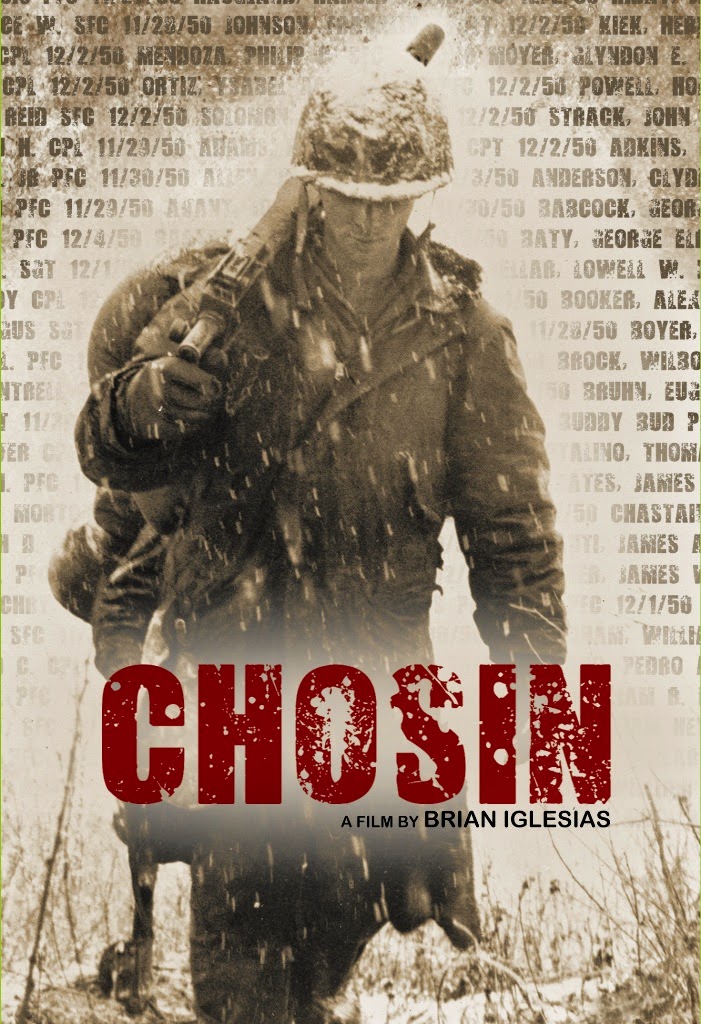 In 2010 Veterans Inc. Expeditionary Media released Chosin, a documentary about the Chosin Reservoir campaign.  The movie is mostly a collection of interviews with survivors of that campaign who recall for us their memories of the fighting in which they participated.  If you are familiar with the HBO Band of Brothers series, specifically the extra disc of veteran commentary, then you will understand the style of Chosin.  Directed by Iraq War veteran Brian Iglesias, Chosin at times is a bit difficult to watch as we see veterans, in many cases visibly scarred by their experiences of over sixty years ago, talk about the situations they found themselves dealing with.
The quality of the film is a bit lacking from a production point of view.  The men being interviewed looked washed out, almost as if the film was made during the 1970s with muted colors.  I would have also preferred to see more detailed maps and map animations of the Chosin area so that the viewer could have some context of the places the veterans were discussing.  This would have been very helpful to those who know little about the campaign  And perhaps the film could have included additional details regarding the units that fought at Chosin.

What the film does succeed in doing is conveying to the viewer the emotional scars these men still carry, of how proud they were to have been a part of not only the campaign but also of their service to their country, and, perhaps most importantly, how we should never forget their sacrifices that many Americans simply know nothing about.
While the Chosin Reservoir is probably the most known of all the Korean War battles, the numerical facts do support our over-infatuation with Chosin.  15,000 Allied troops battled ten divisions of Chinese.  The Allies suffered 12,000 casualties while inflicting 43,000 casualties on the Chinese.  There were seventeen Medals of Honor and seventy Navy Crosses awarded, and nearly 100,000 Korean refugees were evacuated.
The movie is available for $24.99 via the Frozen Chosin website, and a portion of each DVD sold goes to the Wounded Warrior Project and the Injured Marine Semper Fi Fund.  The movie is 86 minutes long, and includes an additional fifteen minutes of bonus footage.
Solid Copy by Darryl R. Smith at 08:29