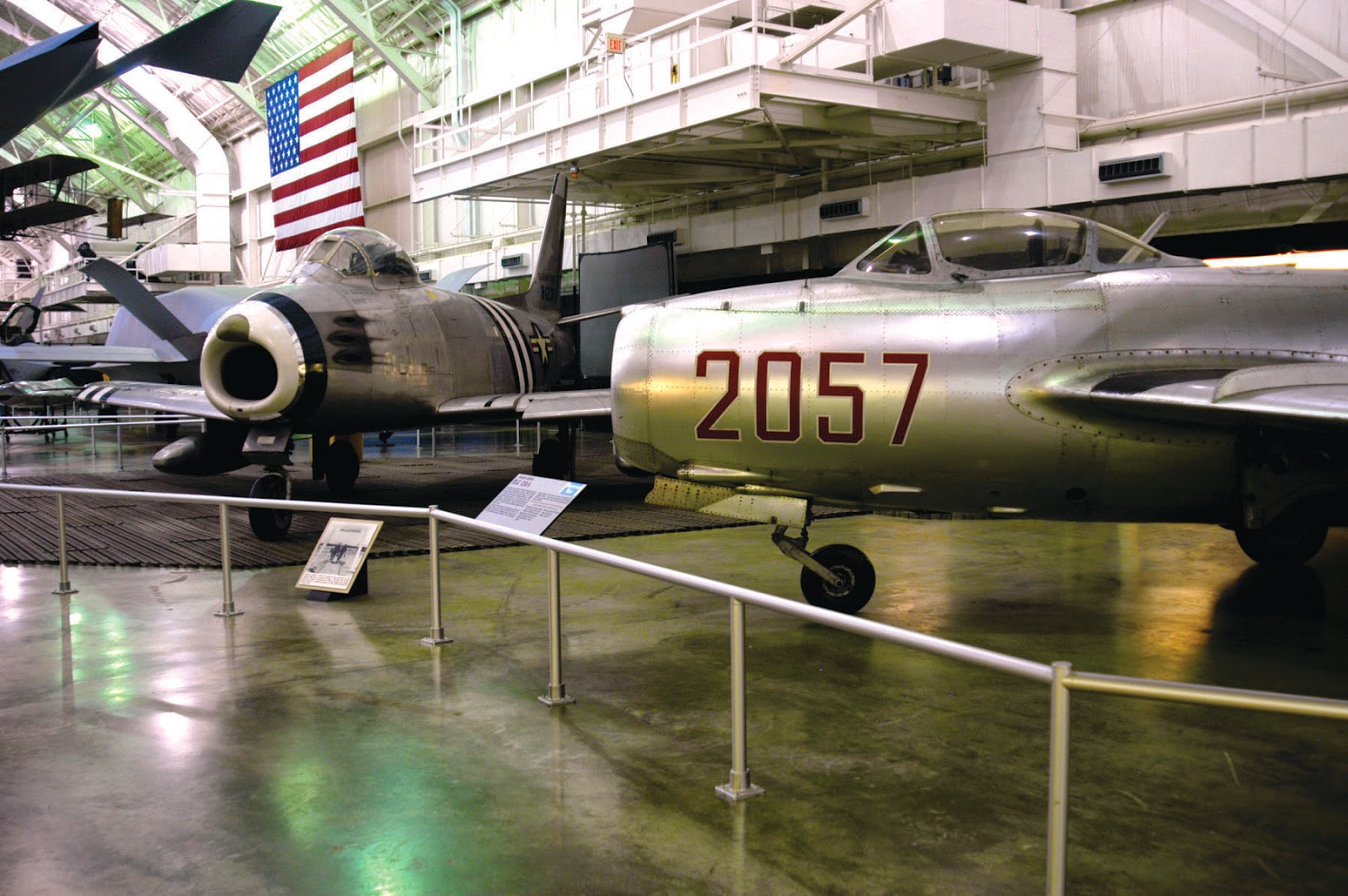 I am now the proud owner of three 1/285th scale F-86 Sabres and three Mig-15s (all Raiden Miniatures), courtesy of Zippy from The Miniatures Page.  He had a pretty darn good deal on Bartertown that I stumbled across (not having been on that site for months I would say that finding his listing to be borderline karma).  The deal also included two sheets of Dom's Decals, and four books, three dealing with the Sabre and one with the MiG-15 (they are part of the list on the right).  I was also able to grab a copy of Clash of Sabres from him as part of the deal.  I had a copy of Clash of Sabres in a previous life, but a recent search in my boxes of gaming rules proved to be futile.


After picking up these new gems from Zippy, I hustled to Dayton to join in a Check Your 6! game at The Hobby Shop.  I had reservations about playing CY6 as the first and only time I had tried CY6 I had some real issues with how the rules worked, but that was because I had a green pilot in a fighter being outfought by an ace in a dive bomber, which didn't make a lot of sense to me at the time.  Therefore I had some trepidation about using those rules again.  However, after a few turns running a flight of F-84s, launching some successful rocket attacks against a North Korean airfield, being blasted by anti-aircraft guns, and seeing how the MiG-15s seem to rule the skies from a firepower perspective, I did find myself enjoying the rules much more than my first experience.  I still have a lot to turn about planning my moves, especially when it comes to climbing and diving, but it was a good second exposure to CY6 and I do look forward to participating in more CY6 games.

That said, I am also going to give a thorough look at Clash of Sabres.  Movement is simpler as CoS uses turn gauges, the current speed of the aircraft determining the gauge to be used (slower speeds use a tighter turning gauge).  I'll have to see have altitude and combat resolution works, but wouldn't mind getting the CY6 gang together to see what they think about Clash of Sabres.

I have placed an order with I-94 Enterprises for the Check Your Six! Korean War supplement along with one each of the Raiden F-86, MiG-15, and F-84.  I plan on grabbing a few other planes from the war, most likely the F-80 Shooting Star and perhaps a few U.S. Navy planes as well (the Grumman F9F Panther is one sweet looking bird).  Of course there are the prop planes, holdovers from World War Two, but they were mostly used in the ground attack role, and my initial plan is to start with air-to-air combat.  Looks like I will need a few Soviet-made prop planes for the early portion of the war (La-9s and -11s, and Yak-9s).  MSD Games make the La-9 (as does Scotia Collectair), GHQ makes the Yak-9 but finding the La-11 seems to be more of an exercise in futility.  However, having the La-9 and Yak-9 should be a decent start for the early war period.

I've also ordered some GHQ and MSD MiG-15s and GHQ F-86s to see how they compare to the Raiden ones I have.  Comparison pictures will be part of an upcoming blog post!
Solid Copy by Darryl R. Smith at 10:17