A few pics of the Korean War Memorial from my honeymoon trip earlier this year.  I should have posted these months ago! 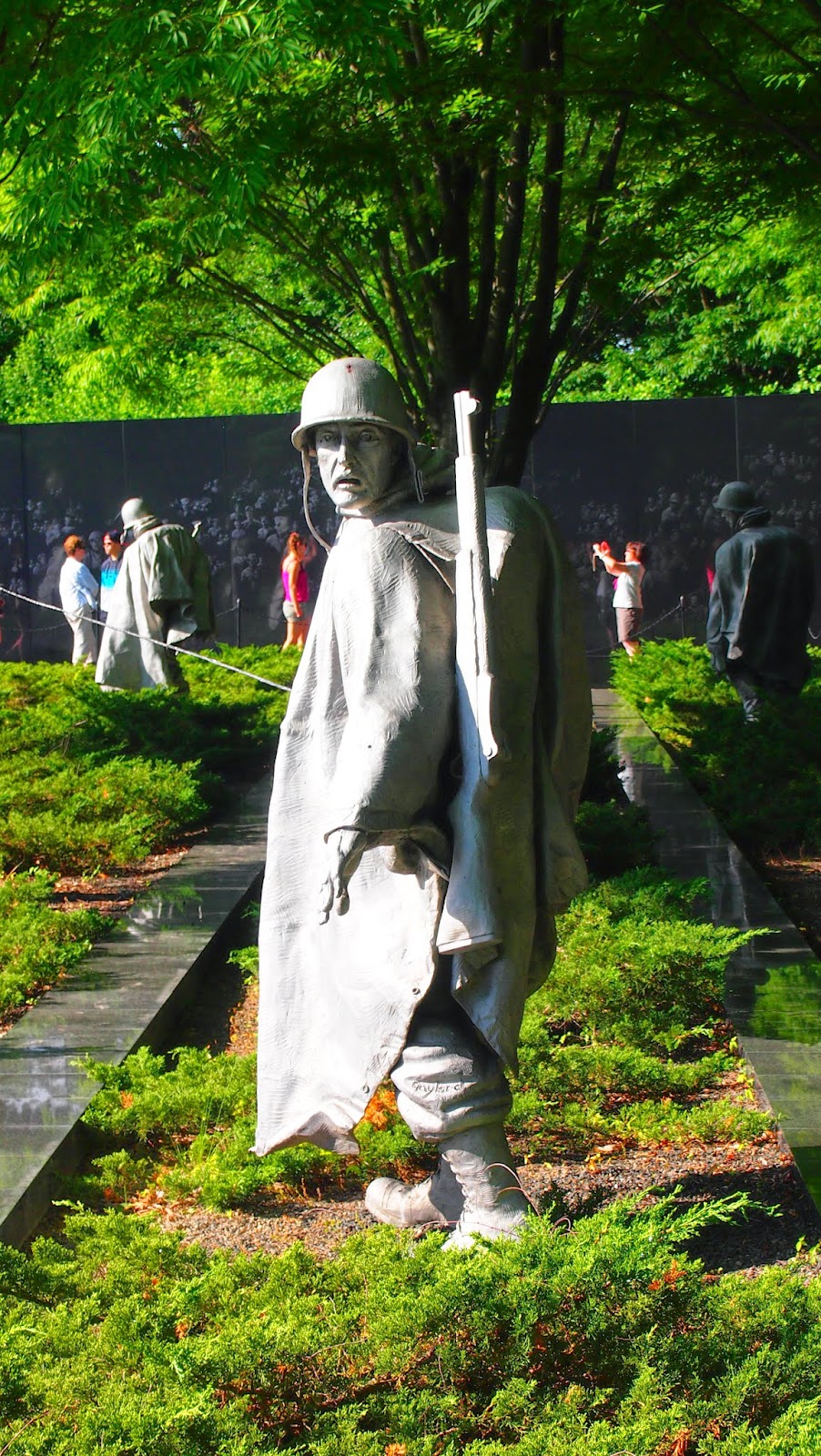 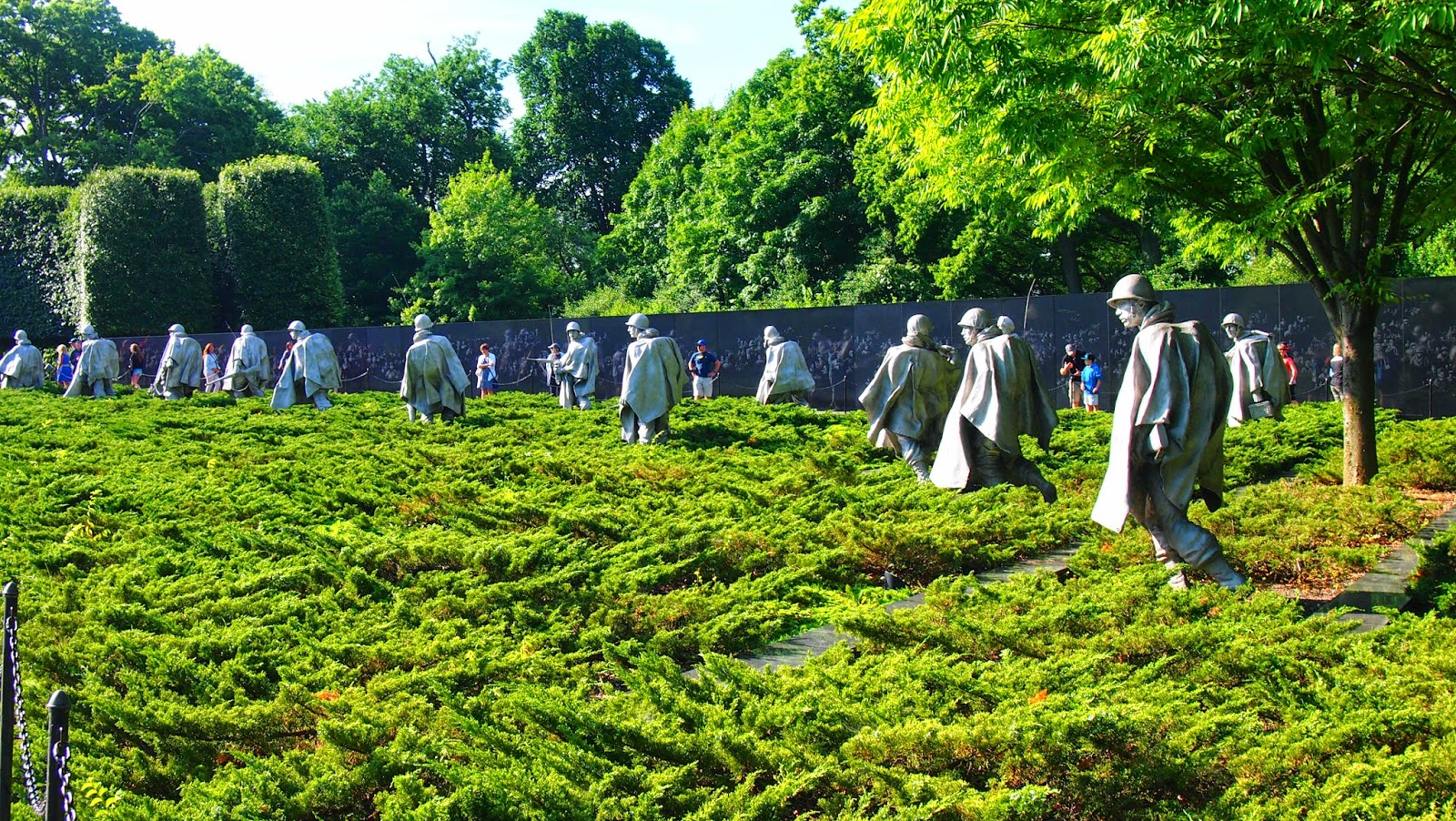 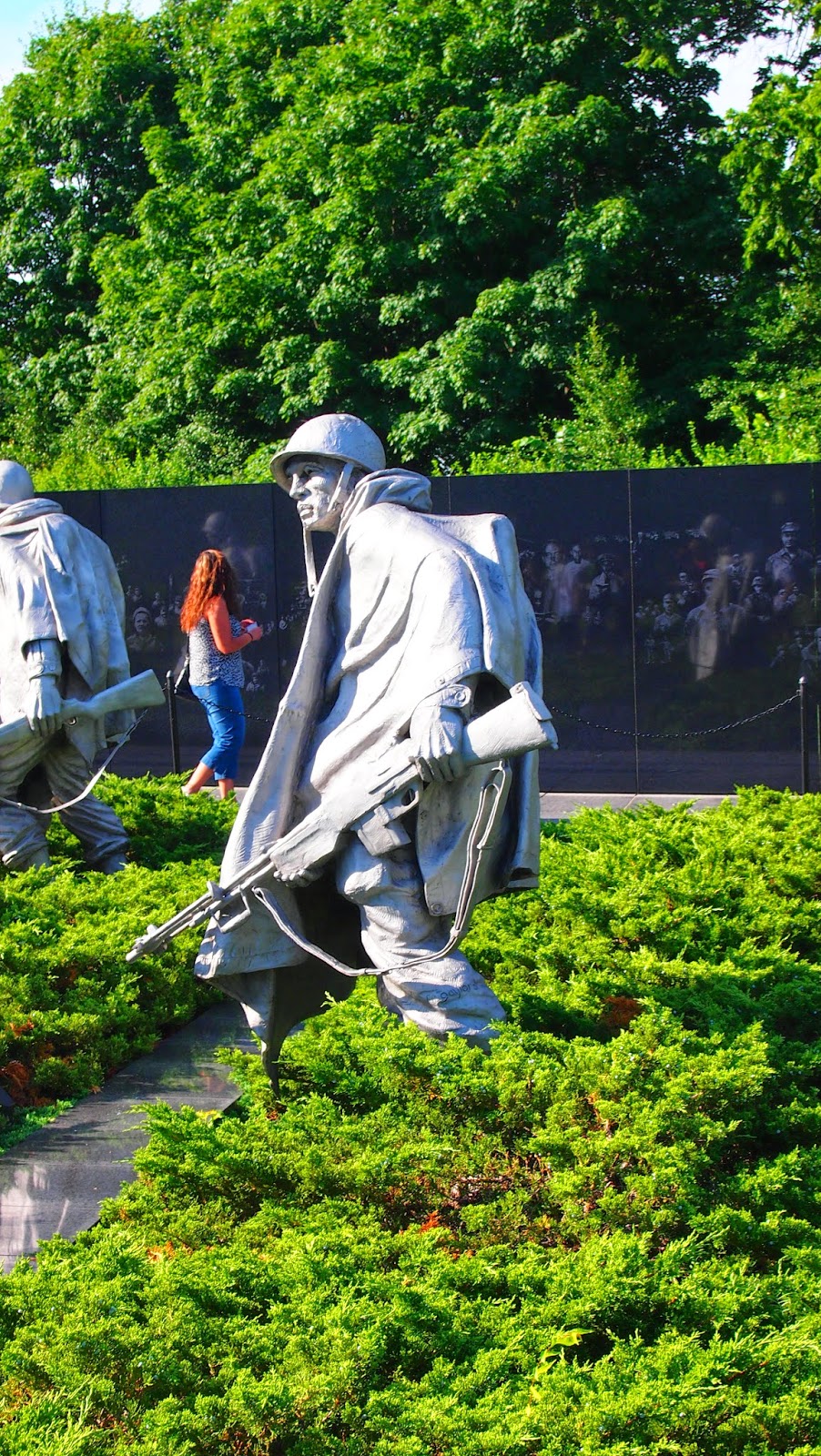 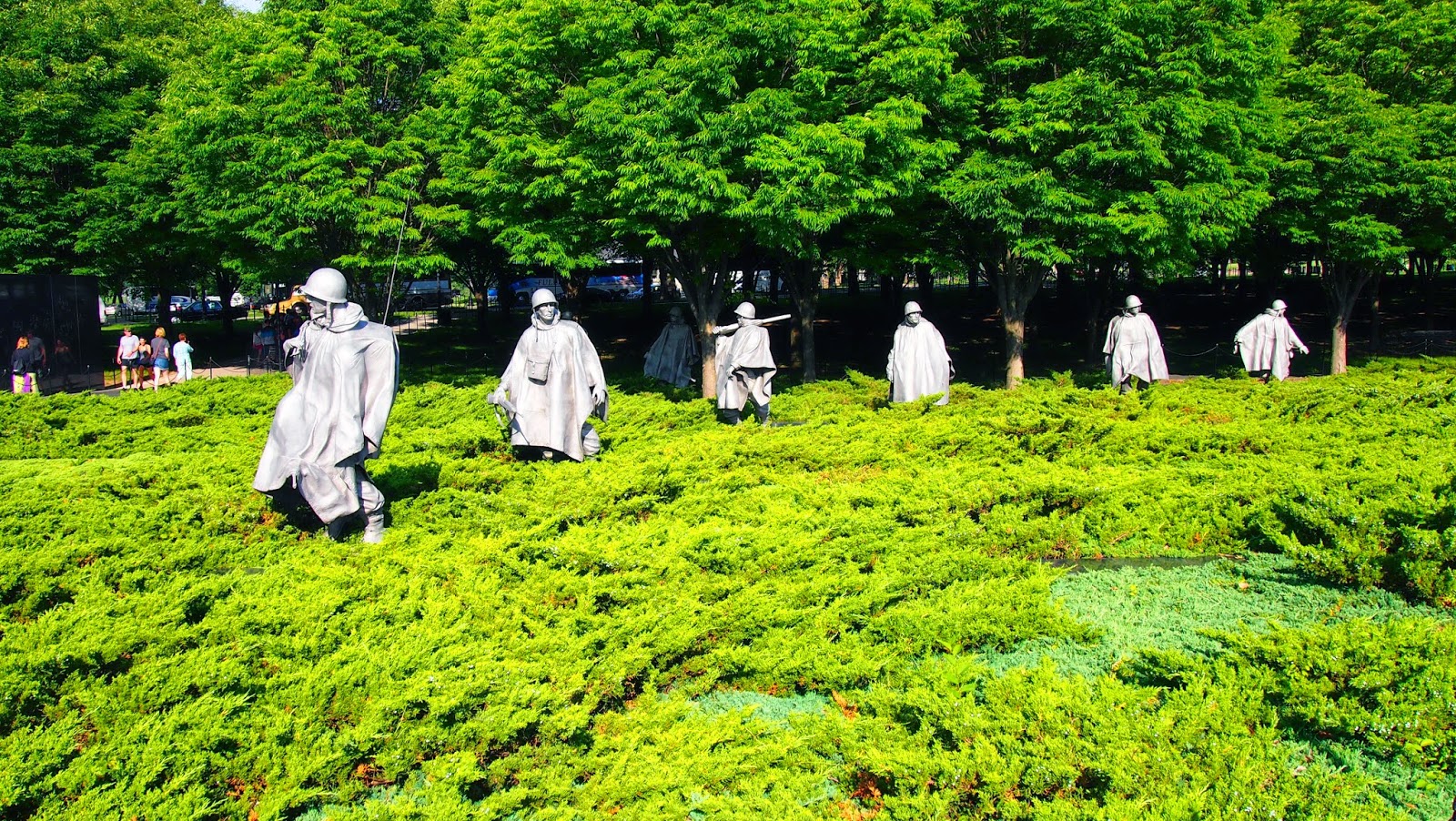 Email ThisBlogThis!Share to TwitterShare to FacebookShare to Pinterest
Mentioned in the Dispatches: Korean War Memorial

The Bazaar - Filled to the Brim

I've decided to really reduce the amount of gaming items of I own, and so I am selling off a lot of lots of miniatures.  Bottom line is that I have too many historical periods I am interested in and not enough time to do them all, and and in my interests beyond gaming and it really is all too much to fathom ever completing, let alone gaming with.  As I only game once or twice a month as it is, reducing the collections not only brings in a little cash, but it also helps to clear out a closet which will make the wifey happy.

There are several sci-fi lots currently available, and I just added some colonial figures as well.  Over the next few days I'll be adding some fairly oddball stuff, like biblicals and Great Paraguayan War, so make certain to check the Bazaar page on a regular basis.

Prices are really good, with most lots going for about 50% off their retail prices.  And considering some of these figures were purchased outside the U.S., the savings is greater as buyers will pay my shipping rates, which are much better than international.

Terms are CONUS buyers only, check or PayPal.  Most items are unpainted and still in their bags, so it is like buying new product for a ridiculous savings.
Solid Copy by Darryl R. Smith at 15:26 No comments:

First, I have given away my RAFM grav tanks and APCs to The G Dog.  Why?  I decided that while they are excellent castings, they just have a look about them that is far better suited for Traveller's Fifth Frontier War as opposed to the setting in Tomorrow's War or 2300 A.D.  While none of us may know what type of weaponry and vehicles we will have three hundred years from now, the grav aspect is one I personally have a difficult time getting my head around.  The G Dog will get good use out of them, as he has quite the collection for several thousand years in the future, while my collection is for a few hundred.

I am trying to limit my vehicles to such offerings as RAFM's Imps, Darkest Star's Scorpions, and Old Crow's Trojans.  These are all advanced wheeled APCs which have a look more in tune with my vision for Tomorrow's War and 2300.  Based on the fact I have four Imps, three Scorpions, and two (soon to be five) Trojans. I may pare down the force even more by perhaps moving the Imps out of the collection as well.  I have a few of the Combat Wombat vehicles, but again, grav just isn't doing it for me.  Also, part of what I want to put on the gaming table are small, specialized forces, so having a ton of very futuristic vehicles doesn't fit conceptually.  A few APCs should be quite enough.

For infantry I have a ton of figures to work on.  I need to rethink what I am doing here as well.  Do I use the Tomorrow's War "canon?"  If so, I would actually need to buy more figures to represent the various book factions.  I have Ground Zero Crusties to use for District 9 or Marshborn, but have none of the official human factions.  I did buy some of their colonial defense force and Neu Swabian League, and I really like their figures.  But I already have a ton of RAFM figures (high tech level, low tech level, Marines, and Droyne aliens), some Old Crow figures, Eureka sci-fi Germans, Rebel and Khurasan Martian types, and Khurasan *not* aliens and *not* colonial marines.  At the very least, while I am the first person to pimp out those great RAFM figures (decades later and they are still damn fine figs), they might have to be the first ones I part with.  Okay, I've decided...check the Bazaar page to see what I am selling.  If I move enough product, I can buy the official figures, or simply make a few bucks.  So, go buy early and buy often!
Solid Copy by Darryl R. Smith at 08:41 No comments:

I have to be honest, I had to look up DEVGRU the first time I came across the term on the Khurasan site a couple of years ago.  Then I had to search on the weapons the Khurasan DEVGRU are cast with as there were some I had never heard of.  That is the problem with ultra-modern, keeping up with all the advancing developments.  (what do you mean we aren't using the M-60 main battle tank any longer?)  Regardless, while I liked the figures the first time I came across them, I had no need to buy any.  Let's face it, I have PLENTY of figures for my Force on Force/Ambush Alley project(s).  Plenty until Micropanzer was selling some painted ones on The Miniatures Page some months ago.  Curse Jason anyway, taunting me with nicely painted figures and really bargain basement pricing to boot.  A quick message telling him I need to add to my miniature addiction and I secured the DEVGRU.  Now what to do with them?

The HK-416 I hadn't heard of, but knew of course that it had to be yet another fine offering from those folks at Heckler & Koch.  Yep, it is.  An advanced AR-15 they call it.  Not as cool as the G-36 (sorry, just LOVE that weapon), but in use by various military and civilian forces, it is a still fairly neat weapon.

A Mk. 14 EBR?  What the frack?  Never heard of that one either.  Oh, it is an advanced M-14 you say?  Okay, that is cool.  Enhanced Battle Rifle.  Good to see the American military is still committed to some of our forces carrying a weapon using the wham bam 7.62mm round.  Gotta love that and gotta love the fact that one of these figures is carrying such a powerful weapon.

Here are some pictures of the DEVGRU figs offered by Khurasan.  I have to be honest, I have NO idea where I found the last three pictures!  If you know, let me know so I can give proper credit.  Regardless (not IRregardless, that isn't even a word!), these are crackin' little figures, with detail, animation, and heft.  UPDATE:  The last three pics are from the Little Big Wars blog!