I picked up this little hut some months ago from Corsec Engineering and finally got around to taking a few pictures.  Putting it together was fairly easy (three laser cut mdf base and end pieces and three plastic styrene cover pieces), although I did spend several minutes holding the top piece in place while the mixture of super and white glue did its magic.  I can see this hut used in a wide variety of ways, from Force on Force/Ambush Alley to Tomorrow's War games and everything in between, adding something a bit different to my current terrain.  Could be used for a dirt runway in the desert, or a quasi-military headquarters for a low tech level force.  Corsec offers the hut in three scales, 10mm, 15mm, and 28mm. 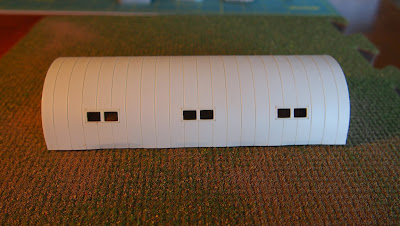 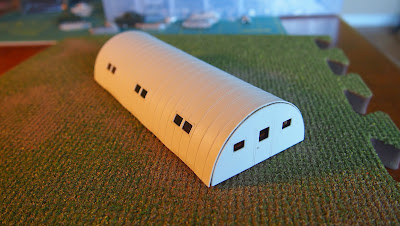