While perusing the Darkest Star Games site, I came across their (somewhat) recent releases of 15mm armor for their Federation sci-fi faction (think Traveller).  I really like the look of the Python/Cobra MBTs, but wanted to know what you thought of going tracked vs. hover?  While I would be using these (if purchased) for far future gaming (at least 2300 A.D. style if not Fifth Frontier War), I really like the look of the tracked versions as opposed to the hover options.  They remind me of World War II German light tanks for some reason (think Czech 38 and its many variants within the German Army). 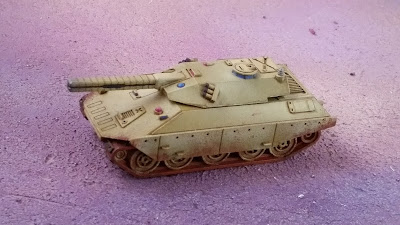 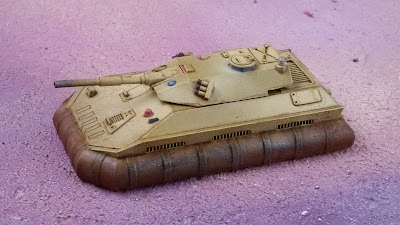 What would be your choice, and why?
Solid Copy by Darryl R. Smith at 21:01