I finished up mounting the remaining troops for the Banana Wars project.  This time we have the Eureka World War Two Filipinos and U.S. Sailors. Just a couple of small forces to add a bit of multi-factional flavor.  I thought initially that I would have the Filipino figures mesh in with the rebel forces, but the size difference between the Khurasan Chaco War Paraguayans and the Eureka figures is enough for me to place them on opposing sides. 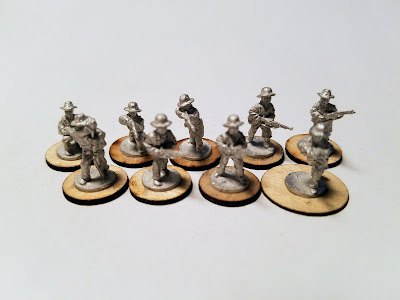 As for the sailors, they can be used to defend the gunboat or as a small shore party.