In Memory of Bob 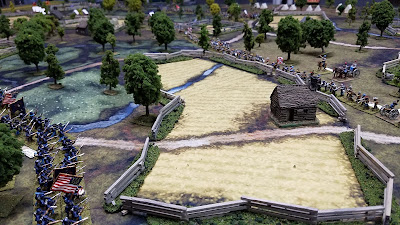 This past Saturday I spent the day with my gaming friends, in the basement of a departed friend, Bob.  Bob passed away at the end of last year, suddenly, unexpectedly, a tragic event that still affects me greatly.  Bob's wife, whom I have known for many decades, graciously invited the gang over for a day of gaming and food, in memory of her husband and our friend.  We had a grand time, but one that felt uncomfortable at the same time.  To see what figures Bob was working on, still sitting on his painting table, to be gaming in his basement without him, and to go through his massive collection, at the behest of his wife, to take items that we wanted, left me walking away with mixed emotions.  A high as a result of gaming with my friends and enjoying the banter, and a low as I miss my friend. 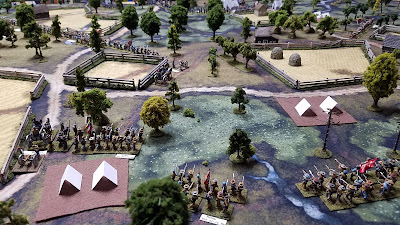 From Bob's massive collection of painted figures and boardgames, I came away with something that would always give me a memory of him.  A few years ago, at the Check Your 6! game day, Bob hosted an Italian/British brew up with Gladiators and Cr.42s, and it was quite a fun time.  Therefore, I came home from Bob's basement with his Italian CY6! collection (with the Gladiators as well), so that I could host that same event in the future in honor of Bob.  I also choose a small boardgame based on Wake Island, an old Mayfair games offering.  Not sure why other than the Wake Island story holds interest for me. 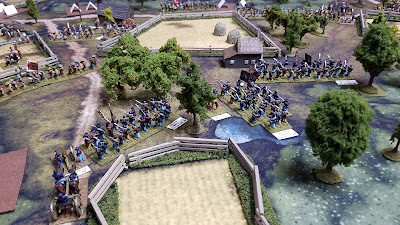 I'll snap some pictures of the Italian planes...Bob did some amazing paintwork on them.  In the meantime, here are a few pictures of the Fire and Fury game we played.  This was a combined scenario, designed by another friend, and it was a challenge.  Some bad die rolling on the Federal's part kept us from obtaining our objective, but it was fun to run "Bull" Nelson's division at Shiloh just the same. 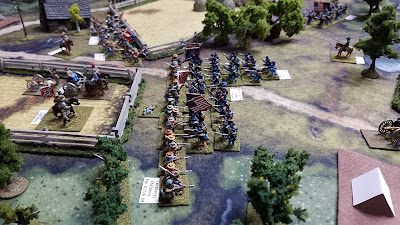 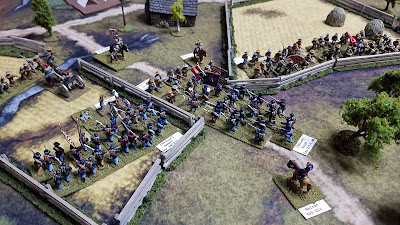 Email ThisBlogThis!Share to TwitterShare to FacebookShare to Pinterest
Mentioned in the Dispatches: Check Your 6!, Cr.42, Fire and Fury, Wake Island