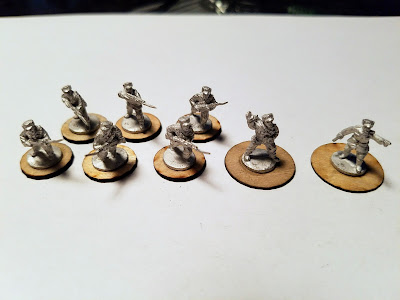 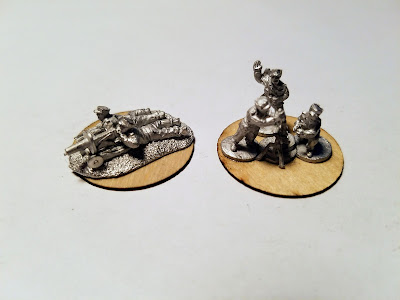 Okay, so I have sold off my 10mm Korean War collection, but still would like to do some sort of skirmish level gaming set in 1950s Korea.  I do have a handful of Eureka 15mm North Koreans, and I have an excellent T-34/85 made by Irishserb, but I think I would need some additional figures (another squad or so) for the North Koreans as what I currently have is what you see here.

I do not own any other forces suitable for Korea, so buying some sort of Allied force would be a requirement.  Here though I could have a bit of fun and move away from a typical American force, and create a South Korean or British one instead.  I'll have to see what figures are on the market beyond World War II offerings.  Of course, having some U.S. Marine infantry supported by a Pershing could be nice as well.

Rules might be Nuts! by Two Hour Wargames, which I believe is the same system as FNG 2nd Tour, which I have enjoyed.  I have the Fire in Korea supplement, but not the base rules needed for play. 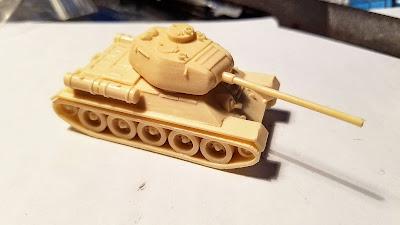 Terrain, well, that would be a bit tricky as I do not have anything I think that would be suited for Korea.  Pretty sure my jungle terrain would not be proper!

Update - Seemingly South Koreans could be pulled off by using WWII Americans, but I would need them to be of the size of the Eureka North Koreans.  Eureka does happen to make 15mm U.S. Marine infantry, so they might do the trick.
Solid Copy by Darryl R. Smith at 14:08 4 comments: 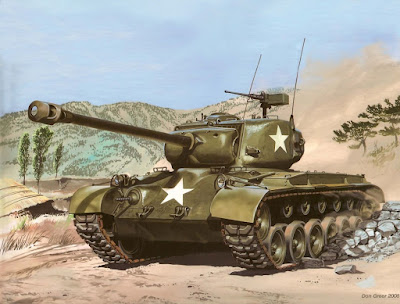 Just a friendly reminder to come join me along the 38th Parallel and visit Gaming the Forgotten War forum, where we talk all things Korean War gaming from air to ground.  From rules to miniatures to the war itself, it is the one-stop shop for gaming this conflict.
Solid Copy by Darryl R. Smith at 13:32 No comments:

Email ThisBlogThis!Share to TwitterShare to FacebookShare to Pinterest
Mentioned in the Dispatches: Gaming the Forgotten War, M26 Pershing

Forage Caps and Shakos: Empires at War - The Church

Forage Caps and Shakos: Empires at War - The Church: The kit This evening was the second build of my five building Spanish set from Empires at War, this time the church.  I wanted a church...
Solid Copy by Darryl R. Smith at 09:51 No comments:

Email ThisBlogThis!Share to TwitterShare to FacebookShare to Pinterest
Mentioned in the Dispatches: Blue Moon Manufacturing, Empires at War, Forage Caps and Shakos

Forage Caps and Shakos: Empires at War - Spanish Farm: These buildings will see use in many places, from Texas to the Philippines. I placed my first order with Empires at War.  Ordering was ...
Solid Copy by Darryl R. Smith at 06:33 No comments: