This morning I sent off six more 1948 Arab-Israeli War planes to Miscellaneous Miniatures for painting.  Once these have been completed this will allow me to do all the scenarios that appeared in Wargames Illustrated.  Two Macchi MC.205s, two Spitfires (Late model for the Brits), a Beaufighter, and a Hawker Sea Fury will grace the gaming table in a few months.  Kevin at Miscellaneous really isn't doing planes any longer, but since I have been an established customers he has agreed to keep doing some small projects for me, which will include Flying Tigers and some Swiss, and then perhaps some 1967 Arab-Israeli and Pakistan-India War.  Then I should be pretty much "done" with Check Your 6! projects. 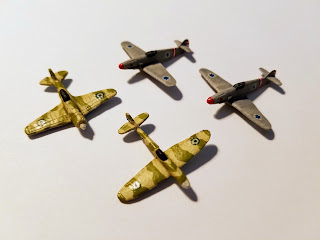 Back to '48, I was also able to pick up a few painted planes in a trade.  Two are painted for Syria, and are types the Syrians never used, but are still pretty cool so I am going to use at least the Lavochkin La-7 for some flavor.  The other two planes are Bf.109s, but not quite correct for Israel (should have gunpods and blue stripes), but they will also see some table time.

It feels good to get these projects worked on and putting some planes on the table!
Solid Copy by Darryl R. Smith at 09:57 2 comments: 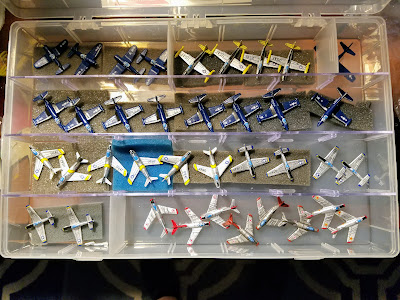 I am taking some time to go through my 1/285th aircraft to get them a bit more organized, and finally got around to straightening out my Korean War planes.  I have more than I thought!  Here is a picture of the collection, nearly all Raiden, and of course using Check Your 6!  Time to get some aircraft on the game table!
Solid Copy by Darryl R. Smith at 19:50 3 comments:

As mentioned in a previous post, I have some nicely sculpted Eureka North Koreans that I plan to use as advisors in Indochina....

Các cố vấn - Unknown to all but a few, a group of North Korean advisors were sent to support the Communist effort in Indochina.  Being in an advisory capacity it was important that they were not discovered by French forces as this might widen both the Indochina and Korean conflicts.  Serving  However, there was one instance in which the North Koreans were involved in a small firefight, in central Vietnam, near a place called Pleiku....

"Bon Dieu, il fait chaud!"  The hot and humid jungle was not the only issue that Lieutenant Médard De la Croix had to deal with. His undersized platoon - really a squad and mostly made up of miscreants and even some former SS personnel - were always a troublesome lot, but being stationed over twenty kilometers from the nearest support made his men edgy, and so too was De la Croix.  Even with his steady and experienced sergeant to keep the men in tow, the lieutenant was uneasy.  "Sergeant, get the men ready, we have a patrol in the morning."  Sergeant Reinhold Kästner was one of those NCOs that could make or break a new officer, and De la Croix knew that Kästner was better left to manage the men as the sergeant saw fit.

"Back to ze village, Kästner."

Terrain
Flat, using The Terrain Guy tiles and trees, along with Flames of War paddies and jungle bushes.  Buildings are Eleven Tree and Flames of War.

This post will be added to over the months and years.
Solid Copy by Darryl R. Smith at 08:20 No comments:

After another great Game Day I have decided to expand my Check Your 6! collection a bit.  I am selling off my Spanish Civil War planes so that I can start a few oddball projects that I have more interest in.

At Game Day I picked up the remaining aircraft that I need to complete all the 1948 Arab-Israeli scenarios I have collected, written by Rob Wubbenhorst and published in Wargames Illustrated.  I also picked up a few P-40B/Cs to start either a Pearl Harbor or Flying Tiger project.  As I already have some P-36s doing a Pearl Harbor scenario might be fun, but I also now have, via a trade, a few Ki-27 Nates, so I might hold off on Pearl as that involves buying all the Japanese forces as well.

I haven't purchased the planes yet, but the Football War (1969) saw Corsairs and Mustangs used in Central America, and I have the workings of a scenario in mind.

I also have an idea for Swiss/German fighting during World War II that could be interesting, and have completed a bit of research to create a scenario for that.  I am getting some Bf.109s in a trade as part of the Spanish Civil War selloff.

Just a short post about the annual Check Your 6! game day event held each year in Dayton, Ohio.  I was able to attend the entire day, including hosting a 1948 Arab-Israeli War game and playing in a no-plot game, and watching a Vietnam game during the evening session.  There were plenty of historical eras covered, from the Great War through Vietnam, and a good turnout as well for some Wings of Glory Great War combat.  I-94 was there selling there wares, and so I picked up a few oddball planes to complete my 1948 collection, and a few P-40 B/Cs to start either a Pearl Harbor or Flying Tiger project. 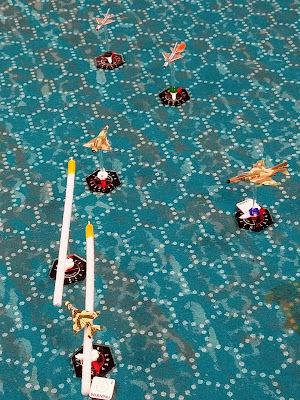 Attendance seemed to be very good for the morning and early afternoon, but the evening session only had two games going.  One thing I'd like to help work on is promoting the event a bit more to help increase awareness and hence numbers present.  There is certainly space to hold more games and accommodate more gamers, so no concerns there.  And there are a few fast food joints close by to satiate the gamer appetite.  The location also has a kitchen, so that means potential to sell some gamer food right onsite.

If you have an hankering for air combat, makes plans to attend next June.  The National Museum of the United States Air Force is only minutes away, so one could make a nice weekend that includes gaming miniature aircraft and see the real thing up close. 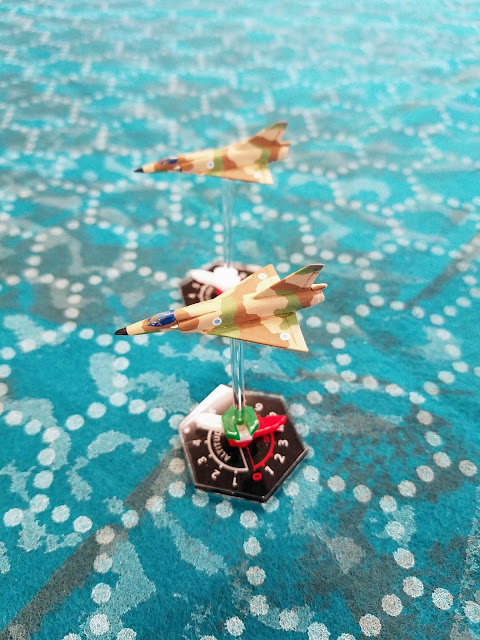 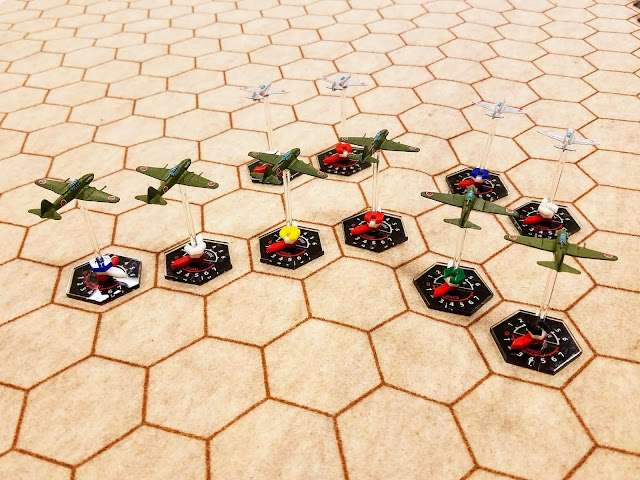 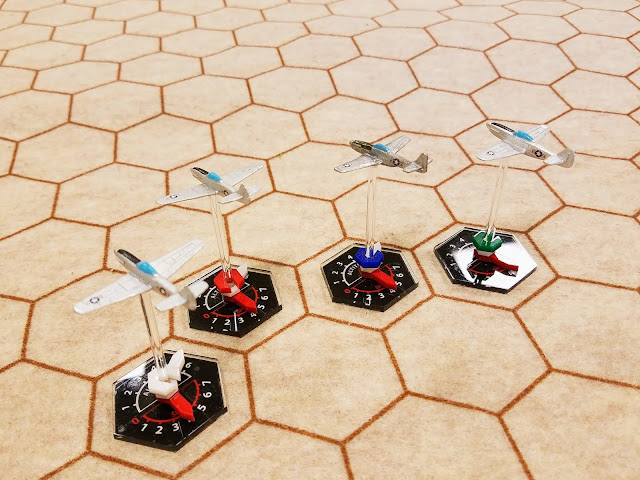 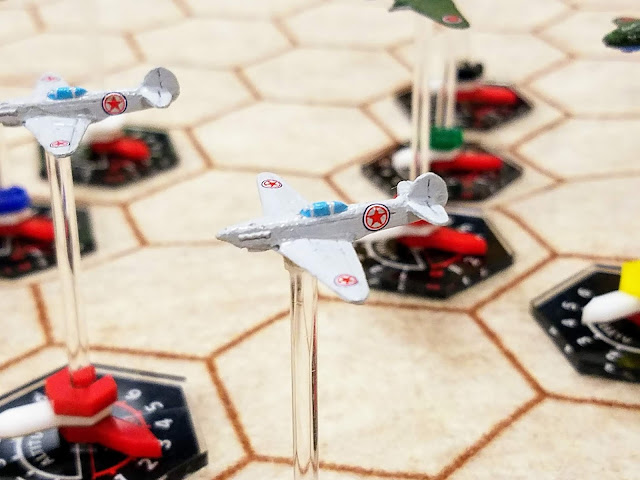 That SOB* at Ground Zero Games snuck more Moongrunt figures out there without my notice.  A new faction to boot...the British Lunar Force!  Hell, I do not even have my Chinese and Americans painted, and here Jon goes releasing more cool figures...bloody bastard.  Doesn't he know that lightening my wallet (or increasing my credit card debt to be more precise) is something I am trying to avoid?  Regardless, some packs of infantry and biggies are now available.

*Disclaimer for those who do not understand sarcasm...Jon at GZG is one of the best!
Solid Copy by Darryl R. Smith at 17:00 3 comments: