In 15mm, this is the first few scratches and scribbles for the African Project.

Set in the late 1970s, on the heels of Operation Feuerzaber.  The Bader-Meinhof Gang (well, those who didn't commit suicide anyway) are not happy with the West German government, nor is a certain faction within Somalia, who is furious that a foreign power, an infidel one to boot, conducted a military style operation on Somali soil.  In this age of terror, more Middle Eastern and German radicals, this time with tacit Somali support, have taken hostage West German citizens that were working within the confines of a "peaceful" Somali village.  They plan to execute the hostages on live TV, showing the world that they are not to be trifled with.

I will be using the Deimos Design Studio buildings from my Generation Kill project, African rebels and government troops from Rebel Miniatures and/or Peter Pig (received some Peter Pig African militia in a recent trade, perfect figs), post war West Germans from Quick Reaction Force (infantry and a couple of Marders...now how did THEY get THERE?), and adding some shanties, a mosque, and a hotel from a chap who is scratchbuilding these for me in another trade.  I have some Peter Pig Aussies that I think will be just fine for a South African type of force (boonie hats and SLRs).  So at least four factions could be seen on the tabletop for this project (rebels, government forces, West Germans, and South Africans).  Hmmm, I could also throw some Peter Pig hardened militia in the mix, as they look fairly ideal to Cubans, giving a potential of five factions.

For now, here is the West German ORBAT:


Breaking these down into two fireteams would be as follows:

Makes for some impressive firepower on the fireteam level.  Fireteam A would throw five or six dice (grenade launcher option), and Fireteam B would throw six or seven dice.  Add in the possibility of using the scoped G3ZF figure in each fireteam as a sniper on overwatch, and the Germans have an interesting force. 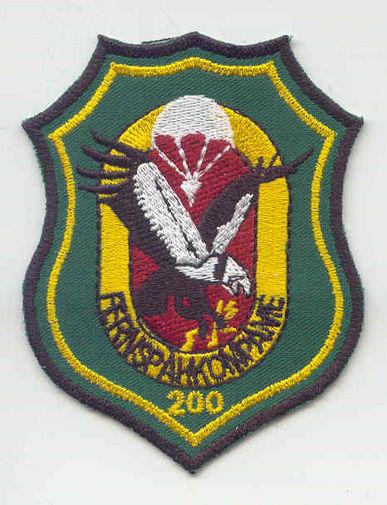 Since my West German squad is going to be used during the late 1970s, I can't really trace them to a special forces unit (the KSK did not come into existence until the 1990s and the GSG-9 is a police/border unit).  Of course, the fact I am doing a hypothetical African background shouldn't stop me from saying this unit is some secret or pre-KSK special forces outfit, but that doesn't feel "right."  In doing a bit more research I have decided to make them part of the Fernspählehrkompanie 200 (FSLK200 - recon).  In present times the FSLK200 is being folded into the KSK so in a manner of speaking they are a special forces-like organization, with roles consisting of surveillance, reconnaissance, and asymmetrical warfare.

I have a couple of choices to ponder over when it comes to the uniform colors for the Germans.  The Bundeswehr wore a straight forward green (olive drab) uniform, and had very little camouflage in use during the 1970s.  What they did have of course was designed for a European environment, not a desert/scrub one.  Again, this doesn't mean I can use whatever I would like, since this is a fictional setting, but I do want some sort of realism to this project.  I may stick with a solid olive drab uniform, but I do like this old Austrian pattern I found (steintarnmuster).  It was designed with mountain troops in mind, but the light tan background with blotches of green and gray I believe could work in scrub.

Another idea is to take the winter pattern of camouflage the Bundeswehr was using during this period (Schneetarn) and instead of a white background, use a desert tan one, keeping the blotches of green.  I am going to have to do a bit more research on this topic as I would like something used during the 1970s and a camo pattern that makes sense for Somalia.